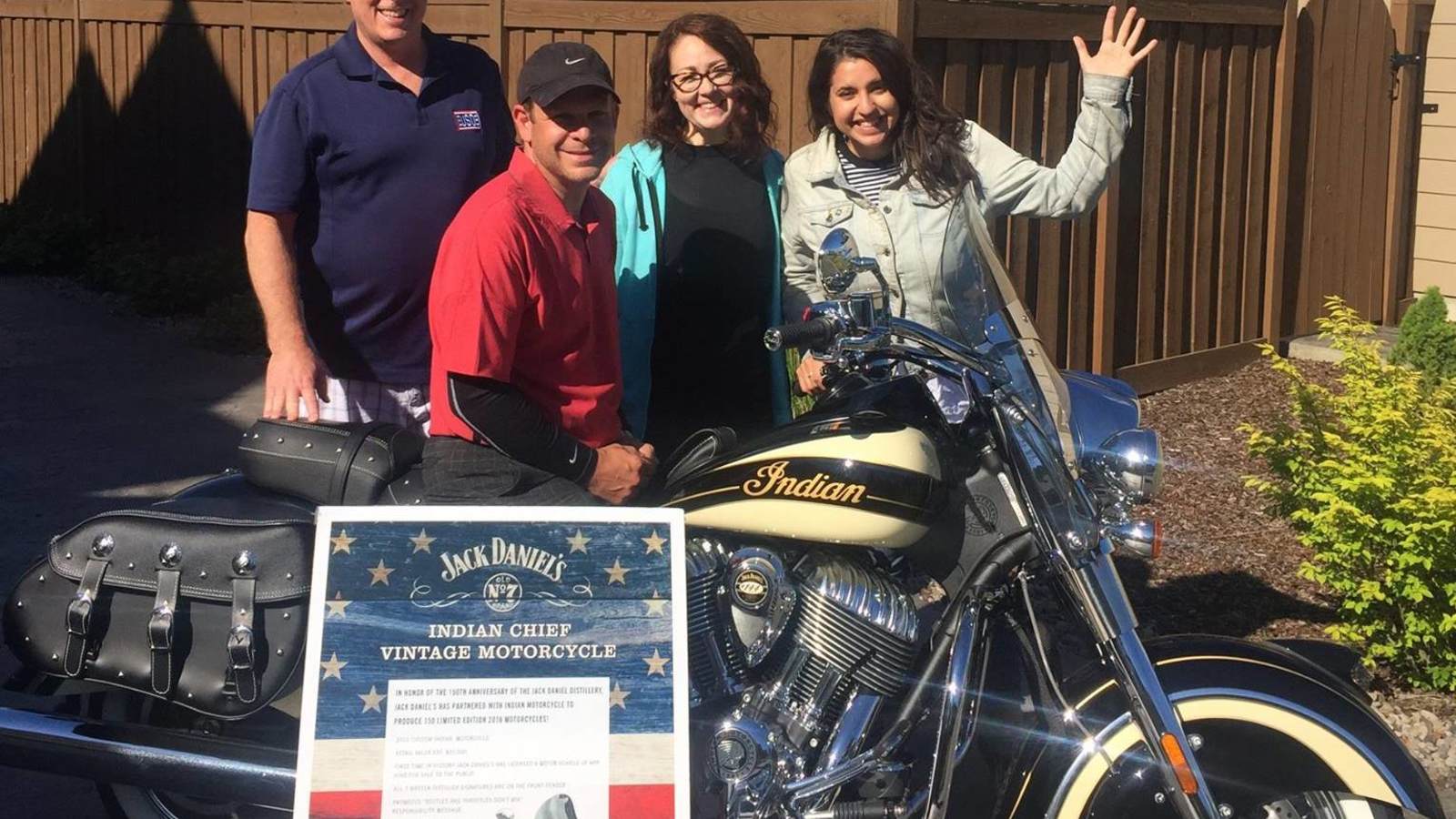 Armed Forces Day is celebrated on the third Saturday in May. This year it was celebrated on Saturday, May 20, 2017, and it was also the day that Brian Brummund became the owner of a Limited Edition 2016 Jack Daniel’s Indian Chief Vintage motorcycle. A Hillsboro, Oregon resident, Brian was the lucky winner of the USO Northwest - Jack Daniel’s Fund Ride Raffle to raise funds to support the programs and services provided by the USO-NW.

Brian is pictured here with his wife Emily, USO-NW Executive Director Don Leingang and Brown-Forman Representative Alicia Ortiz. The selection of Brian’s winning ticket concluded a 3-month raffle with over 1,300 raffle tickets purchased, raising more than $33,000 in support of the USO-NW. The USO Northwest thanks Brown-Forman, Jack Daniel’s, Indian Motorcycle and all the supporters who purchased raffle tickets during this fundraising campaign.