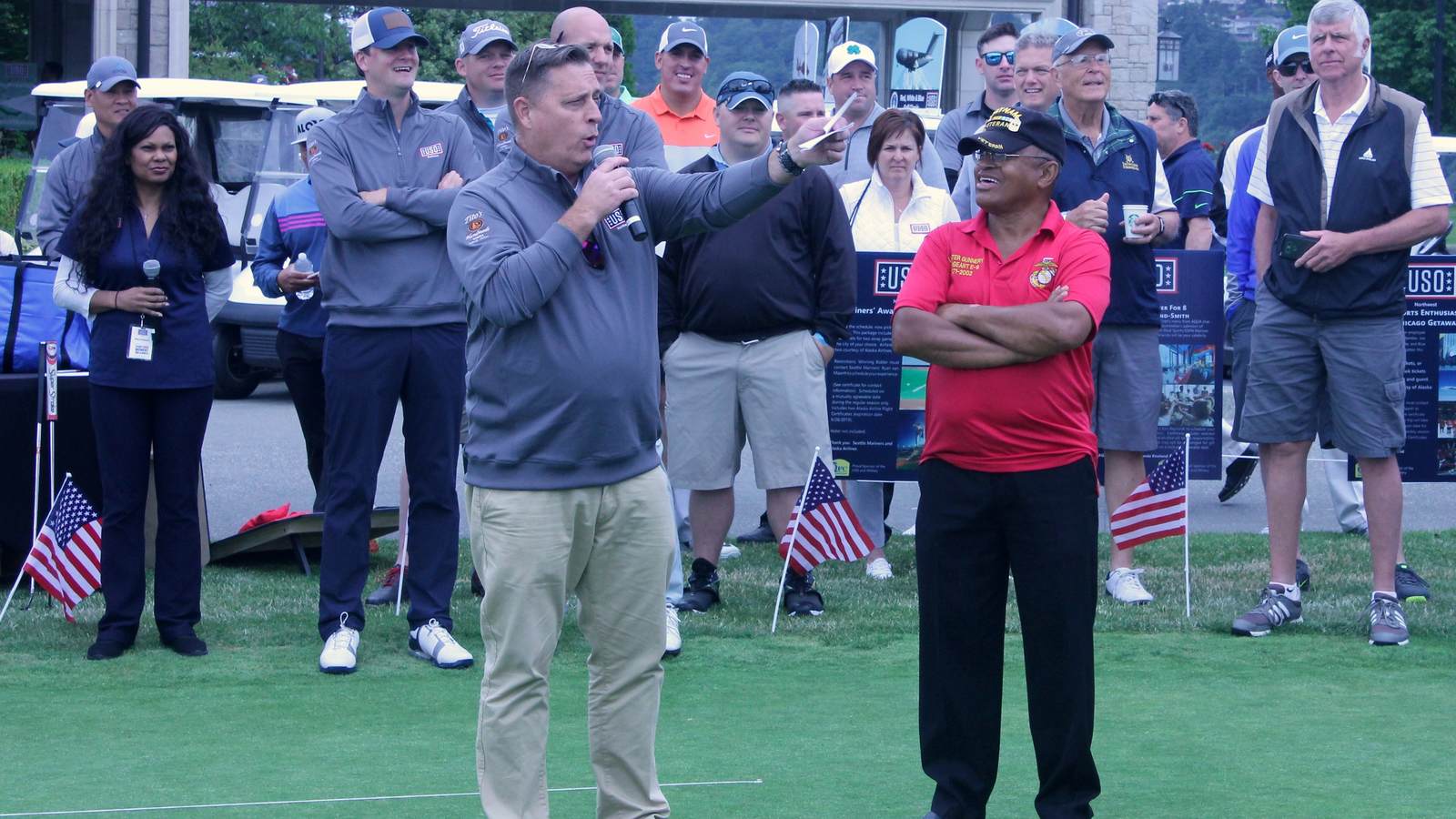 The USO Northwest was honored to fly Master Gunnery Sergeant Jeremiah Burns out from his home in Virginia and provide the best BBQ this side of the Mississippi at our Red, White, and Blue Golf Classic.

Master Guns Burns retired after serving 27 years in the United States Marine Corps, but his love and commitment to the Corps never diminished. He the current and two-time Armed Forces Champion of the National Capital BBQ Battle Cookoff. He represents the Marine Corp at the event and you can hear a motivated “OOORAH” when ever you see him competing or describing the BBQ he makes. His enthusiasm for both the Marine Corps and his amazing food is infectious.

Master Guns Burns and his wife Sheila arrived two days early and spent the entire day before the Golf Classic cooking. Kansas City Style BBQ can take from 8-14 hours to season, smoke, and prepare for distribution. It is process is very labor intensive, but it is worth it when they see a service member’s face light up when trying their food for the first time.

Patriot’s Landing of Dupont stepped up and provided lodging for the Burn’s BBQ Team while they were in town. It was close and convenient to base and allowed the pre-golf preparations to flow seamlessly. In addition, the USO Northwest’s Mobile Manager Tom Lancaster became a part of Master Gun’s Burns Team as soon as he hit the ground. Providing the grills, equipment, transportation, and supplies before and during the Golf Classic.

The USO Northwest welcomed over 430 attendees, including a team representing all five service branches made of active duty service members from our region, USO-NW Board Members, Staff and Volunteers, Golf Partners, and the media. The response regarding the meal was overwhelmingly positive. One golfer even exclaimed the would be making a trip to the East Coast if that is what it takes to eat this amazing BBQ again.

Thank you to Master Gunnery Sergeant Burns and his wife for providing incredible hospitality to each person who attended the Red, White, and Blue Golf Classic. We look forward to seeing you here again next year.

If you are on the East Coast and would like to Jeremiah’s Kansas City Style BBQ to cater for your event contact him through his website: *https://www.jeremiahskansascitystylebarbq.com/ or call him at: 703-314-6424*