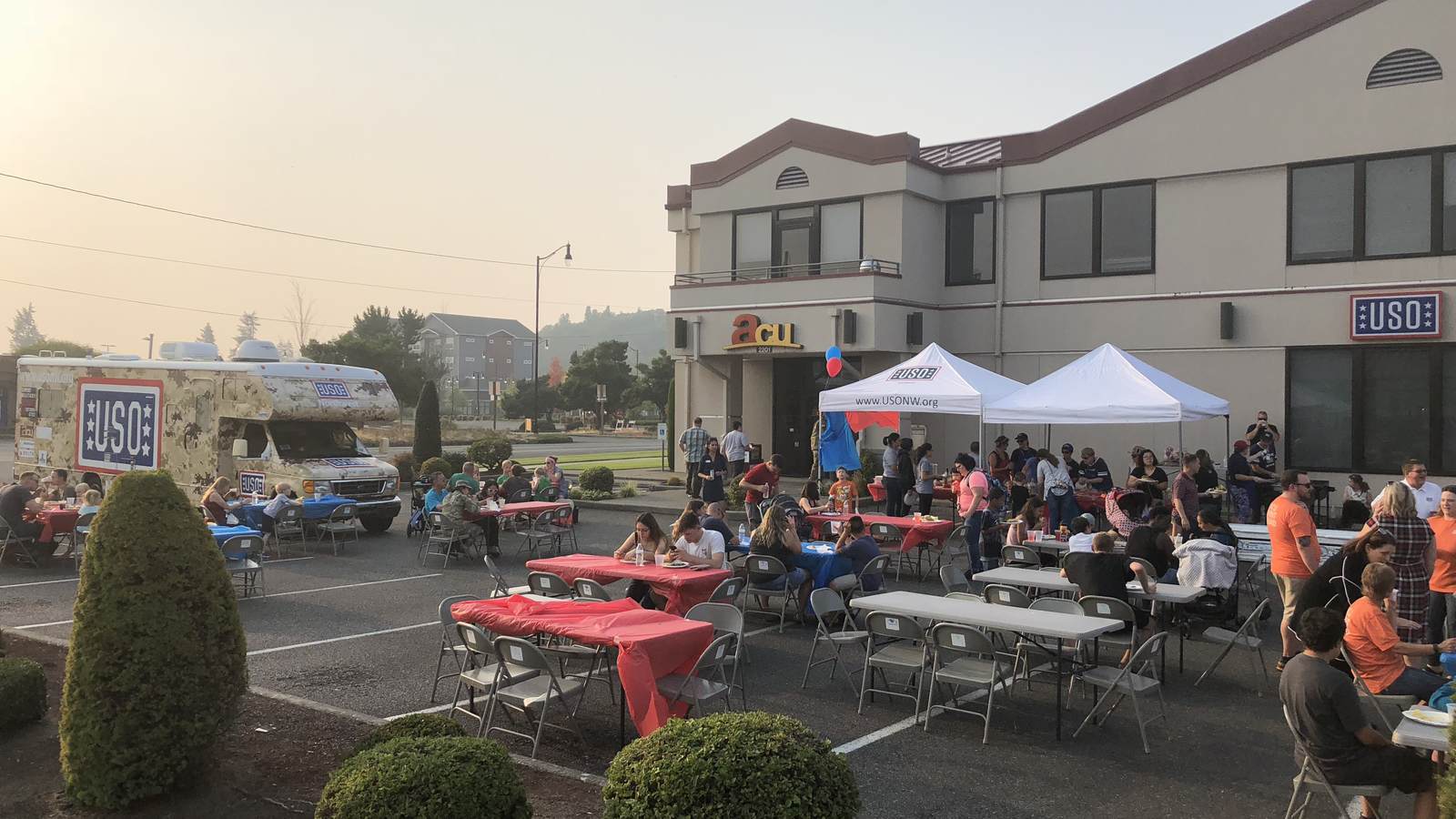 More than a dozen families showed up with newborn infants to high school aged children. Smiles were seen all around as service members and their families feasted on freshly grilled hamburgers with all the accoutrements as the sun was setting on a gorgeous Northwest summer day.

Soldiers and airman often struggle towards the end of the month and thus have “no-dough” in their wallets. Each month, thanks to the generosity of a donor, the USO Northwest hosts a special meal to help cover that gap!

It was appropriate that the first No-Dough Dinner at Camp Lewis was sponsored by Ken Leonard and ACU since in the center is located inside America’s Credit Union. In addition to sponsoring the dinner a whole team of ACU employees showed up to help.

On behalf of the soldiers and airman–and their families–stationed at JBLM, the USO Northwest would like to recognize Ken Leonard and America’s Credit Union for their support of the the 1st No-Dough Dinner at the USO-NW Camp Lewis Center, held on August 12th, 2018.