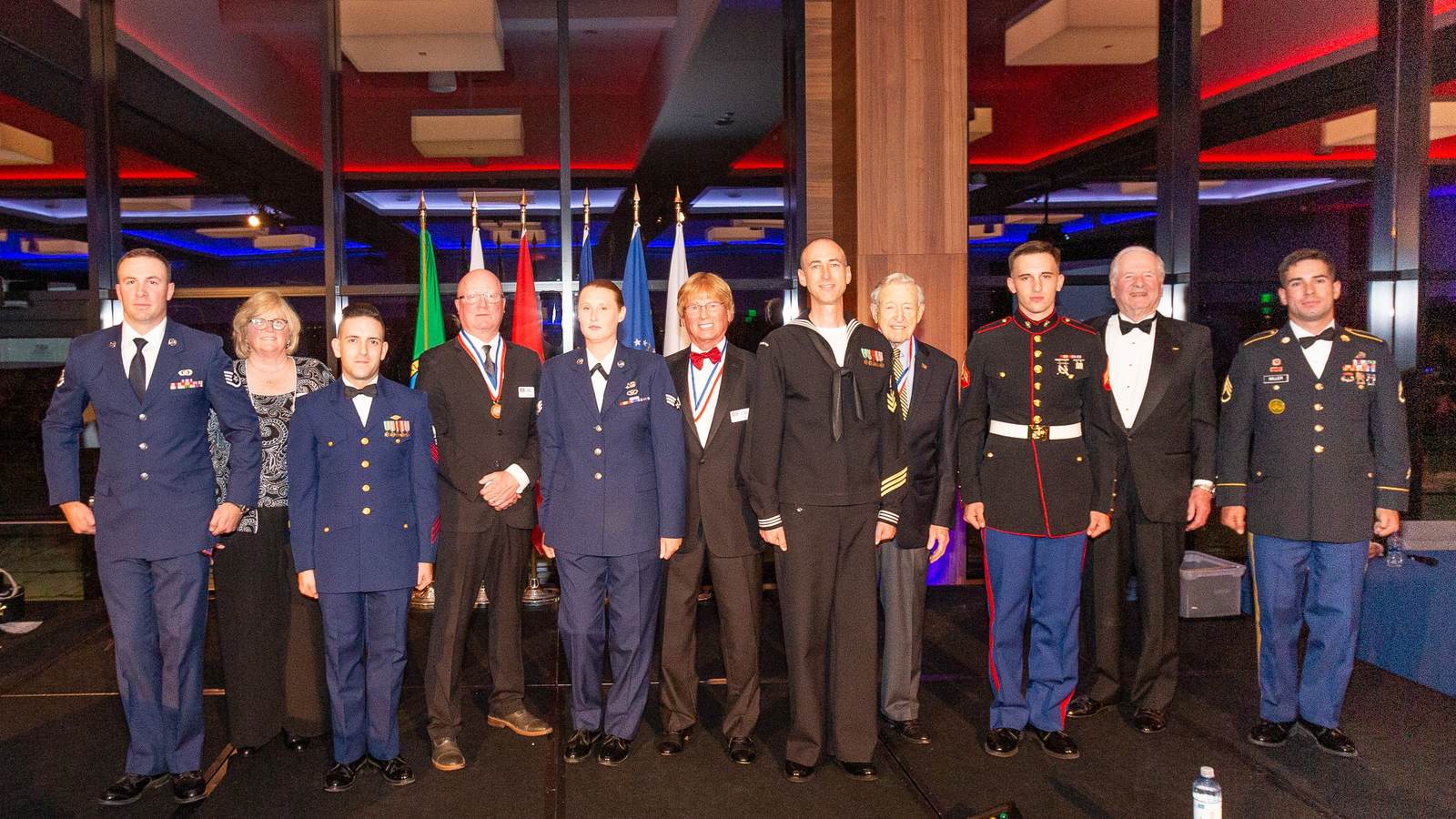 A Force of Nearly 600 Celebrates the Northwest’s Service Members of the Year and Raises Over $600,000 at 2019 USO Five-Star Gala

USO supporters gathered at the Hyatt Regency Lake Washington on October 19 to celebrate the actions of six service members, three distinguished USO champions and raise more than $600,000, making the 2019 Gala the most successful fundraiser in the organization’s 53-year history! Proceeds from its annual Five-Star Gala fund vital programs and services developed to meet the needs of America’s military service members and their families. This year’s USO Northwest Gala was presented by The Boeing Company, Delta Air Lines and La-Z-Boy of Seattle and featured special guest and Medal of Honor Recipient Florent A. Groberg – the 10th living service member to be recognized with America’s highest valor award for his actions on August 8, 2012 in Afghanistan.

“The mission of the USO is to strengthen America’s military service members by keeping them connected to family, home and country, throughout their service to the nation” said Pam Valdez, USO Gala Chair 2019, USO Board Member and VP of Air Force Services for The Boeing Company. “At the USO, what we do is simple. Whether it’s a safe place to sleep, something to eat, a telephone call home, or something as simple as a shower, USO Northwest continues to deliver on our promise to always be by their side.”

USO Northwest saluted the 2019 Military Service Members of the Year for the Northwest region: SSG Alexander A. Miller, Soldier of the Year; CPL Brecken Hackler, Marine of the Year; MU1 Garrett Stephan, Sailor of the Year; SrA Carolene Herrel, Airman of the Year; OSI Carson Russell, Coast Guard Person of the Year; and SSG Jonathan Tinsley, National Guard Airman of the Year. In addition, USO Northwest presented the Order of Distinguished Service to Starbucks, La-Z-Boy of Seattle and Admiral Thomas B. Hayward, USN (Retired) former Chief of Naval Operations for the United States Navy from 1978 to 1982. This award is the highest level of recognition by the USO and is reserved for individuals and organizations having demonstrated exceptional service to military members and their families through sustained support of the USO Northwest.

As the men and women in uniform continue to answer America’s call to service, the USO Northwest remains steadfast, working with its partners, to support our military community.

USO Northwest is grateful to our corporate and community partners, as they are truly the "Force Behind the Forces.”