Boeing Employee Taking Care of Service Members and their Families 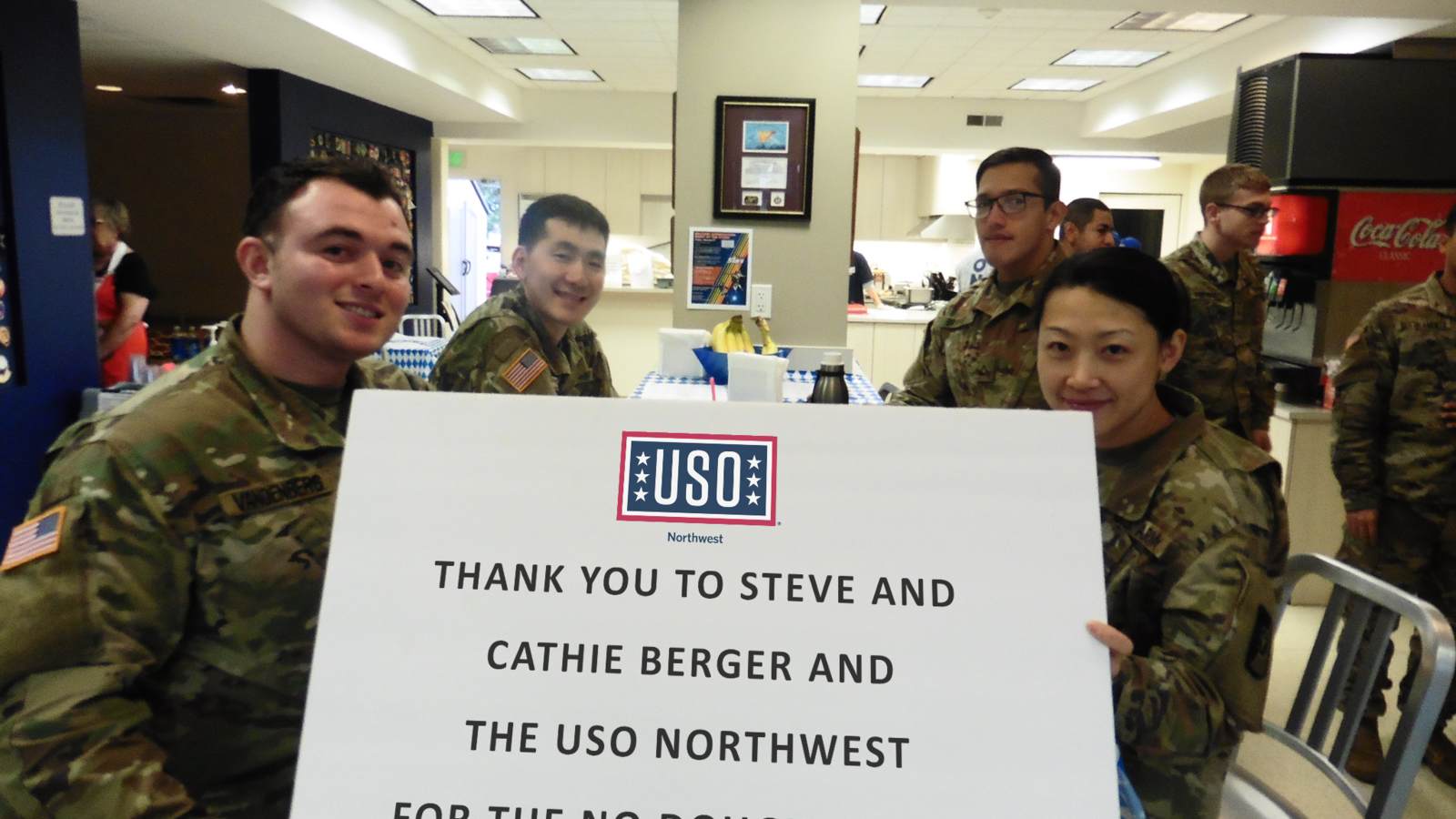 Steve Berger and his wife Cathie attended USO Northwest’s 2017 Five-Star Gala as table guests of The Boeing Company. One of the monthly programs that is highlighted at the Gala Auction is USO’s famous “No-Dough” Dinner.

Soldiers and airman often struggle towards the end of the month and thus have “no-dough” in their wallets. Each month, thanks to the generosity of a donor, the USO Northwest hosts a special meal to help cover that gap!

At last year’s 2017 Gala Auction, Steve and Cathie Berger generously raised their hand and sponsored a “No Dough” Dinner. They stepped forward to ensure that our service members and their families never go without.

On behalf of the soldiers and airman–and their families–stationed at JBLM, the USO Northwest would like to recognize Steve and Cathie Berger for their support of the USO-NW’s 1st No-Dough Dinner of 2018, held on January 17th.